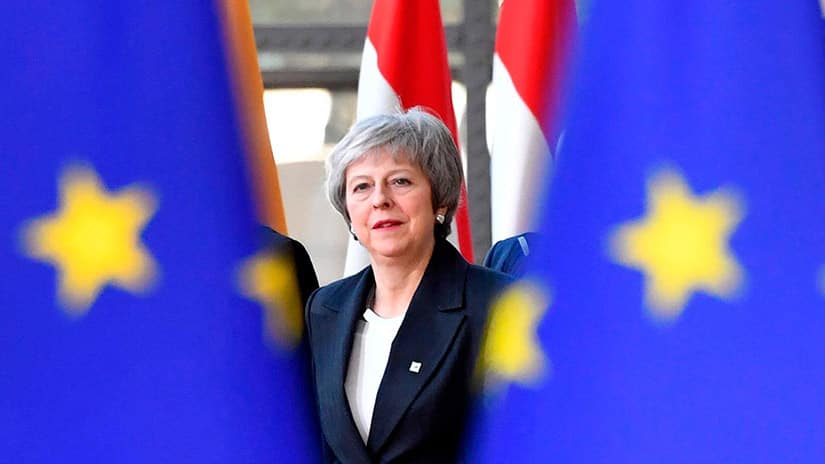 The chaos of a no-deal Brexit is very much a possibility for the United Kingdom as the Members of Parliament voted against a proposal that could have avoided it. The possibility resulted in the sterling sinking to new lows, and there seems to be no end in sight.

It was down by 0.7% against the US Dollar at 2130 hours GMT and 0.8% against the Euro. There could be further damage in the days to come, and it must come as a bit of a shock for many as the possibility of securing a Brexit deal had sent it to a high of $1.32. It was the highest it had reached over a three and a half month period.

The United Kingdom needs to reach a consensus before the deadline closes on the 29th of March and before the vote on Tuesday, expectations had soared that a no-deal Brexit with the European Union was going to be avoided. In fact, the positive outlook had even caused the sterling to rise 3% against both the US Dollar and the Euro in January.

On Tuesday, currency traders had high expectations that a consensus was going to be reached and the sterling was going to rise further. However, it all came crashing down as the MP’s vote made no-deal Brexit a definite possibility and the sterling seems to be in free fall. Jeremy Cook, head of FX strategy at WorldFirst, stated, “We are looking again at the Brexit deadline of March 29 as a cliff-edge event … That many disappointed betting on a sterling recovery.”

On the other hand, an amendment proposed by Graham Brady, a conservative MP, seems to have somewhat strengthened British Prime Minister Theresa May’s hand. The amendment has given her a free hand when it comes to renegotiations with the European Union. However, in the world of foreign exchange trading, the fears of a no-deal Brexit remain strong, and that could drive down the price of the sterling further in the days to come.

Senior analyst at FX Street in New York, Joseph Trevisani said, “She (Theresa May) is taking a risky task going back to Brussels to renegotiate. As long as May controls the process, sterling is not going to collapse, but the market is still clearly worried about a ‘no-deal’ Brexit.” The coming days until 29th of March could turn out to be a rocky ride for Britain’s political class, the sterling, and the economy.