Bitcoin was on a gaining spree until recent days, when it again witnessed a heavy downfall. The value even went as low as $38,000, spreading the clouds of doubt over traders who wondered if their investments were safe in the coming days ahead.

The vocal advocates of Bitcoin are doing their best on Twitter to highlight the characteristics of Bitcoin that make it a desirable Cryptocurrency even during the falling trend of its trading value.

Can Bitcoin Be Trusted?

Bitcoin was seen exchanging hands at the value of $41,727.75 at the time of writing. Even though it has been down by 6.48% in the past seven days, one can safely assume that the efforts of its community members are paying off.

One question that remains is if traders can rely on Bitcoin in every situation.

According to the vocal advocates of Bitcoin, Cryptocurrency will stand tall during every tough situation. The members have shown their support on Twitter, claiming that Bitcoin was likely to be the biggest beneficiary in every situation.

Some members of the Bitcoin community have also said that the world was in the process of learning more about Bitcoin and the ways in which it would claim supremacy in the financial ecosystem.

Ruble continues to fall, making the need for Cryptocurrency more important as they are independent of their respective Governments.

Posts published on Twitter are – in a way – translating that users would only trust Bitcoin amid the harsh moves imposed by the Government. Some even argued that Bitcoin was the only monetary asset that they recognized.

A decline in the value of any asset causes worry. The same does not seem to apply to digital assets. The community members are stating that the decline in the trading value of Bitcoin was rather a bargain and not really a loss.

This statement does make sense as any digital asset that loses its value ends up getting added by more traders in their investment portfolio.

JJ Kinahan, the Chief Market Strategist at TD Ameritrade, called the current situation an interesting test for Bitcoin, adding that more people may soon turn to Bitcoin as the ruble continues to lose its charm in the market.

The prices for Bitcoin were initially expected to rise; however, the tides turned around after speculations of evading from sanctions through Cryptocurrency gained momentum.

Amid such speculations, which may prove costly to every Cryptocurrency, many have come forward to say that it was indeed a noble idea to let Crypto operate. Some cited that Cryptocurrency was, in fact, helping to save lives, stating Ukraine’s call for donations in Cryptocurrency as an example. 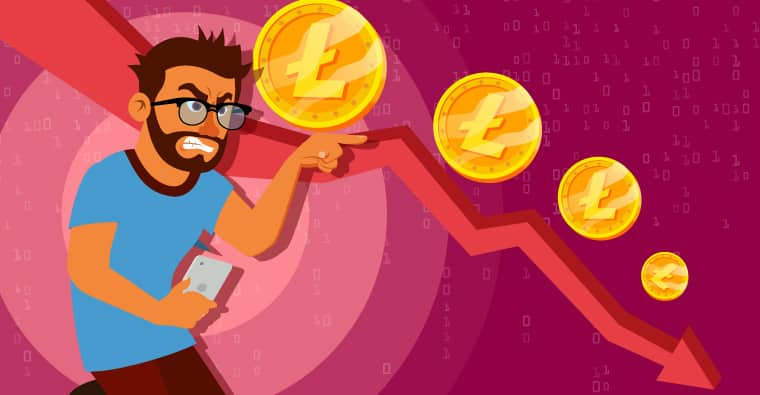 Bearish Market Pulls Litecoin by 10% Over the Last 24 Hours