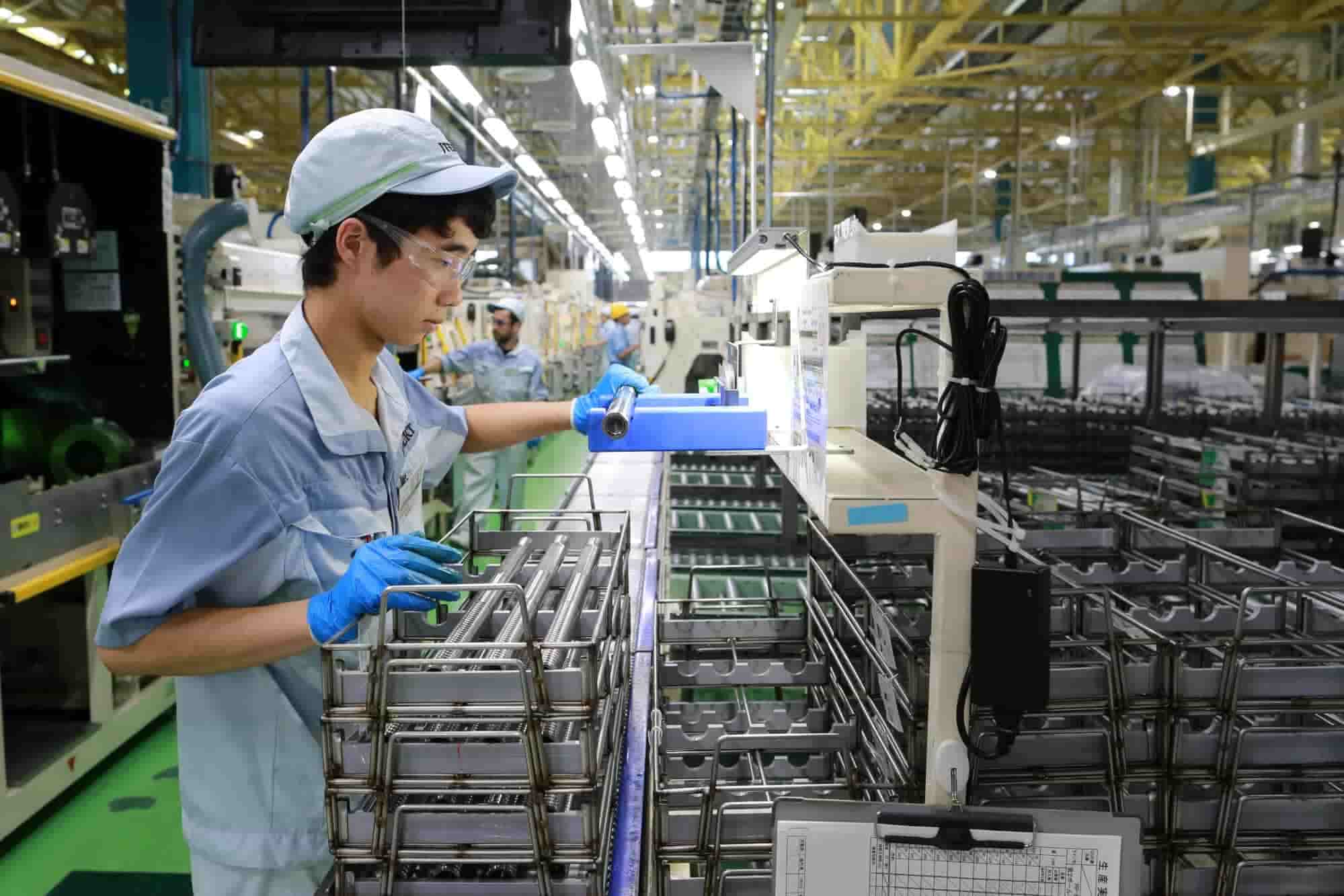 Japanese manufacturing operations contracted this month for the first time in the last two and a half years. A private business survey showed that factories had cut output with domestic and export orders shrinking considerably.

Business confidence has soured in Japan for the first time in the last six years according to the survey. This highlighted the growing toll that the U.S – China trade war has had on the export-reliant countries in Asia as well as global manufacturing. The PMI or the Flash Markit/Nikkei Japan Manufacturing Purchasing Managers Index dropped from 50.3 in January to a seasonally adjusted 48.5 this month.

This is the first time since August 2017 that the index has fallen below the 50 threshold that separates expansion and contraction.  The negative turn in business sentiment is not much of a surprise, given the current China slowdown and slowing global trade cycle according to Joe Hayes, a senior economist at IHS Markit. The chances of Japan entering a recession this year is higher unless the service sector activity recovers from the decline witnessed in January.

The PMI fell to a 47.0 from 54.4 in January. This is the fastest contraction witnessed since May 2016. Future activity indicators are equally grim.  Domestic and foreign new orders point to a sharper decline in demand compared to January. Although export orders contracted at a slower pace, it will most probably not help in easing doubts about overseas demand outlook.

Companies have started reducing their raw material purchases as well as other inputs for the second consecutive month.  The PMI survey came out one day after the Japanese government data showed that the country’s exports had dropped the most in the past two years in January as a result of a drop in China-bound shipments.

Global trade has started slowing down in the past year with Washington and Beijing locked in a trade war with each other over trade tariff and policies. It has disrupted supply chains globally. It has also caused economic activity to weaken noticeably in Europe and China.

Japan might face further weakness if China and the United States do not resolve their trade issues quickly, according to economists.  U.S. and China negotiators are racing to beat the deadline on March 1 for a deal. However, U.S. President Donald Trump has hinted at an extended deadline if an agreement appears close at hand.

Share
Supreme Court Holds Anil Ambani and two Others Guilty on Contempt, Orders to Pay Rs 453 Crores to Ericsson in 4 Weeks or Go to Jail Previous post
Phones Will Not Get 5G Chips until 2020, Says Intel Next post