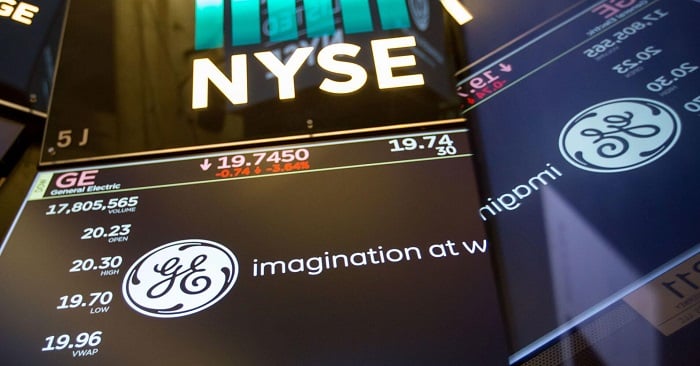 GE- General Electric has been on the news ever since the J.P.Morgan’s favorite analyst Stephen Tusa reviewed the company’s stock and put out a preview. He has been the most followed analyst on GE, ever since his review on one-time Dow Jones industrial stock touched $30 in May 2016. There is a belief that Tusa’s review influences the stock rates, most often creates a spark and moves the stock. In mid-December, there was a major rebound in the share prices. He said that the bottom a share price can reach is $6.

Currently, he has his eyes set upon General Electric shares as they have been on a tide. There were reports that the GE stock price reached their low before the closing bell on Thursday evening. The shares were closed at $8.90/share, which is a 2.9% fall in a mid-day trading. His preview stated that the GE price would take an unfavorable risk following the 4th quarter earnings as the focus has been on the run rate fundamentals which includes the near term free cash flow. Fortunately, there has been a turn of cards, and GE share price rose to it’s best in a decade. Tusa commented that “there was an unexpected turn of events which led them to scratch heads concerning the 4Q stock reaction.” He told the investors that the optimistic assumptions had influenced the run rate to reach near $10.

Although his comments were positive, he feels that the stock’s comeback isn’t justified mainly because there hasn’t been a response for the key questions put forward by him and his firm. The questions were majorly related to GE’s earnings and free cash flow estimation for 2019, the GE market capital, the federation’s scrutiny on GE’s accounting, their breakdown on the market shares, their aviation business and the problems with H-Class Gas Turbines. GE has been struggling through all of its sectors and has been slashed with material operating losses. The issues with the HA-Class Gas Turbines has been putting the pressure in the company’s reserves and has been wreaking the business altogether. The healthcare sector in GE would also be reporting lower performance in comparison to last year’s analysis.

Tusa quoted that he foresees two scenarios concerning the company’s earnings, both of which hurts its stock market and share price. He had suggested that if the company could share the discrete specifics of their plan for the upcoming year, the firm could support the value of what is left.

GE’s CEO Larry Culp had not shared the 2019 earning forecast with the company’s shareholders. Instead, he ignored the suggestions from the firm and had bluntly quoted that the revenues would be up from low-single to mid-single digits next year. With this report, the Wall Street had estimated that GE would report 81 cents a share earning in 2019, but J.P.Morgan’s analyst Tusa slew the earning to 28 cents a share since there isn’t an official EPS/Profit guidance for the company. Against all the odds, GE’s market price soared to $10.19/share, a whopping 12% increase since November 2018.