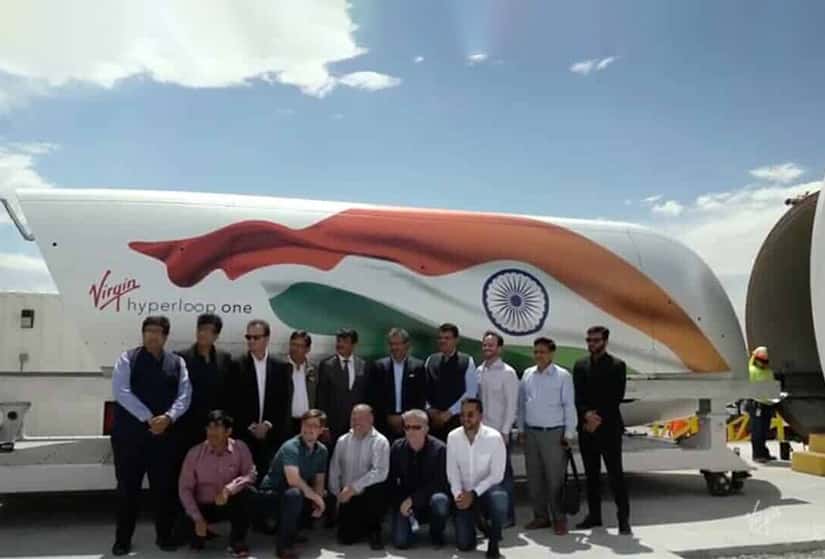 DP World a global port operator which was founded in 2005 by a merger of Dubai Ports Authority and Dubai Ports International signed a partnership with Virgin Hyperloop One to develop a cargo transporter last year now it has been announced that its first project destination will be in the world’s largest democracy India.

“The first project will be in India, we signed an agreement, and we are looking at how to test the project,” Sultan Ahmed bin Sulayem, Chairman of the company said in an interview that happened at the World Government Summit in Dubai.

The company is “eager now today to go on the next step,” bin Sulayem said, adding that “we are investing in something we believe is going to add value.”

“We believe there is a need for it in India,” the chairman continued. “One of the big problems in India is transportation, the congestion.”

He further explained that the hyperloop’s technology is capable of providing a transformative solution for the country with over 1.3 billion since it runs underground, out of public view.

Virgin Hyperloop One is one of the companies with the vision to develop technology that is believed to revolutionize transportation by connecting with existing modes of road, rail and air means of transport. It also aims to deliver high-priority, time-sensitive goods such as fresh food, medical supplies, electronics, and more.

Virgin Hyperloop One which is known as Hyperloop One, is an American transportation technology company that was created in 2014 and was renamed in 2017. The Company is working hard to make the high-speed technology concept called Hyperloop more popular. Hyperloop systems are used to move passengers or cargo at airline speeds at a fraction of the cost of air travel. The idea is designed to propel pods through a large tube underground at speeds of 750 mph using magnets. The company said that it is two to three times faster than high-speed rail. The technology is 100 percent electric and can also be powered by renewable energy for a more sustainable growth solution for cargo transport. Elon Musk first introduced this concept of Hyperloop transportation in August 2013. It is said that DP World has invested millions of dollars in Virgin Hyperloop.

“We have made a significant investment in Virgin Hyperloop One because we see the need for a hyperloop-enabled cargo network to support rapid, on-demand deliveries globally,” said Sultan Ahmed Bin Sulayem.

Sultan Ahmed bin Sulayem refused to give a specific timeline for the project to start but hinted that an announcement might be coming soon.

“We have a team in India that is working very hard, we’re working with our office here and in Los Angeles, but we are not wasting our time. The technology we brought into the company has improved ten times. Whenever I meet with them I see something new,” he added.