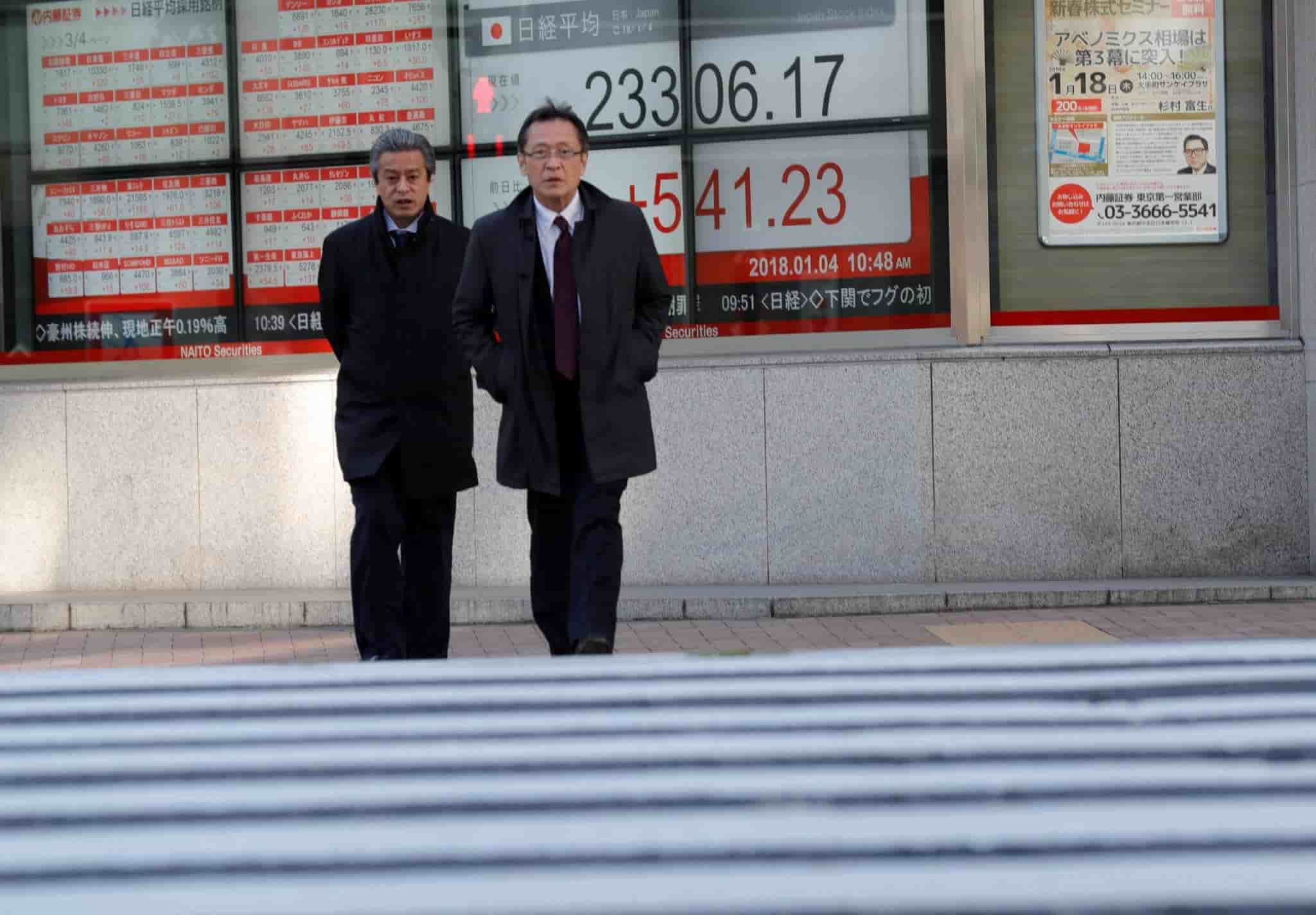 This week, the Asian shares started on the back foot with investors not able to escape from worries about dipping global growth, Sin-U.S. trade war, U.S. politics and maintaining the safe-haven dollar well bid at a six week top compared to other major currencies.

Chinese shares were unsteady on Monday after trading resumed after a long week of Lunar New Year holiday celebrations. The Australian stocks went down by 0.6 percent, and the blue-chip index was up by 0.4 percent while the South Korean market eased by 0.2 percent.  This left the MSCI index off 0.1 percent after it was lost out on its four-month stay on top. Experts expect trading volumes to be light as Japan is having a public holiday.

Investors are looking forward to the trade talks between the delegations of U.S. officials who will be traveling to China to continue with the negotiations.

According to Rodrigo Catril, senior strategist at National Australia Bank, the weak closure of the Asian equities on Friday reflects the increasing apprehension over whether or not the U.S. and China will be able to find common ground and de-escalate trade tensions before the deadline on March 1st.  Catril also said that the uncertainty in U.S. led trade has increased concerns over the current dip in global growth and also resulted in growing demand of core global bonds.

The U.S. Federal Reserve displayed patience on policy after four consecutive hikes in the year 2018.  It cited increasing economic risks due to global growth slowdown for its patients on the policy. The dollar index held on to its six weeks high of 96.62 against major currencies. It even notched its strongest weekly gain in the past six months.  The collapse in talks over the weekend between the U.S. Republican and Democrat lawmakers over immigration detention policy also raised fears about another government shutdown. The U.S. government experienced the longest shutdown in its history in December 2018.  This caused investors to worry further after the gloomy news about the global economy has been doing the rounds.

The European Commission also downgraded the eurozone growth for 2019 and 2020. The U.S. President Donald Trump added to this by declaring that he was not planning on meeting the Chinese President Xi Jinping before the deadline on March 1st in order to finalize a trade deal. JPMorgan analysts believe that the U.S. is on a healthy track in regards to growth while European momentum has been softening.