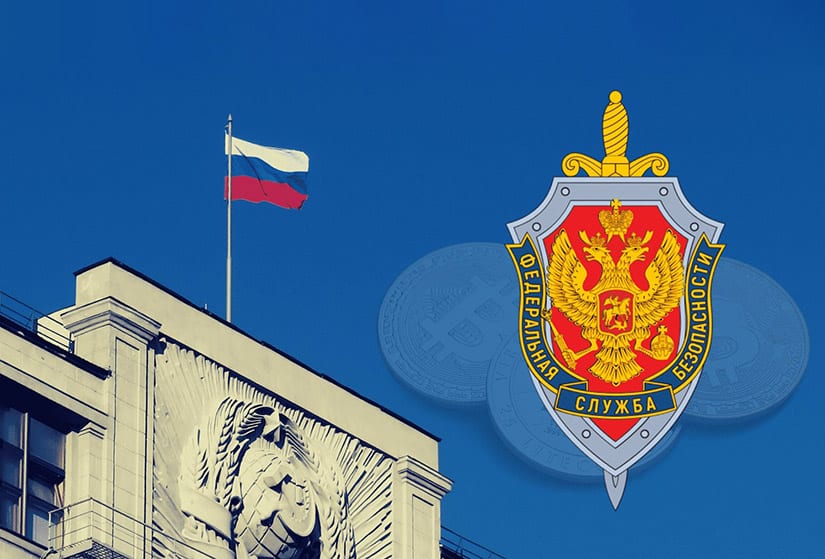 New links have been traced to the Federal Security Service (FSB), Russia’s intelligence agency, for the loss of cryptocurrency worth 450 million dollars, from a cryptocurrency exchange called Wex. The BBC has closely followed the matter and carried an investigation into it, which has brought out some revealing and fresh facts w.r.t. the huge disappearance of funds from the exchange. The online exchange dealt with Bitcoin and other cryptocurrencies but had gone out of business last year, and this occurrence has some possible links with Russia’s intelligence services, according to reports by the BBC.

The BBC News Russian has allegedly reported that one of the co-founders of the exchange has revealed that he was coerced to provide confidential information about the digital wallets of users to persons from the FSB. This information was provided to the FSB personnel last year so that they could get hold of the cryptocurrency saved on the exchange by customers, which had a value of over 450 million dollars. “Following the phone calls, over the course of three days in April 2018, the Russian founder of BTC-e/Wex, Alexey Bilyuchenko, told the BBC he was taken to FSB offices in central Moscow and handed over flash disks with details of how to access the online wallets of Wex’s customers, where around $450 million worth of cryptocurrencies were stored.” The money would be transferred to the FSB Russia fund, Bilyuchenko was told, but soon after this customer withdrawals were frozen. The exchange was completely closed towards the end of 2018, and its former CEO, Dmitri Vasilyev was arrested in Italy.

Wex was founded in 2017 as BTC-e’s successor after the latter was forcibly closed owing to a money-laundering investigation by the FBI. The Federal officials had concluded that almost 4 million dollars had been circulated and transferred on a global scale through this crypto exchange. A Russian cyberespionage group called Fancy Bear also had used the BTC-e, in the run-up to the US presidential elections in 2016, where it had allegedly hacked the US Democratic Party. On the other hand top military officials of Russia supported by Donetsk’s People’s Republic had links with Wex. Wex also had Pavel Durov, the founder of Telegram as one of its customers, who had lost huge sums of money in the scandal and is now set to introduce his own cryptocurrency ‘gram.’

The links to the FSB were established by BBC when it got access to audio recordings where some people were “discussing the Wex platform, in which the outlet says Konstantin Malofeyev- a pro- Kremlin Russian billionaire under US sanctions for bankrolling Moscow backed forces in Eastern Ukraine- discussed the importance of bringing Wex under the control of the FSB.” Several associated parties have also been accused of money laundering, fraud of investments like Vasilyev was arrested by Almaty police in Kazakhastan over defrauding an investor through the Wex exchange. Moreover, the audio files obtained establish a clear link between Anton Nemkin, an ex-FSB officer, Konstantin Malofeyev, reportedly responsible for the sale of the exchange and Aleksey Bilyuchenko, co-founder of BTC-e. It is only a matter of time to confirm the purported connection.

The cryptocurrency market has emerged as one of the most alluring options to gain early profits. Besides the conventional way to trade cryptocurrencies, there are various other viable ways to earn cryptocurrencies quickly, like online gambling, Bitcoin casino, free Bitcoin faucets, etc. Simultaneously, there has also been the upsurge of illegal activities like money laundering, Ponzi schemes, and crypto scams.