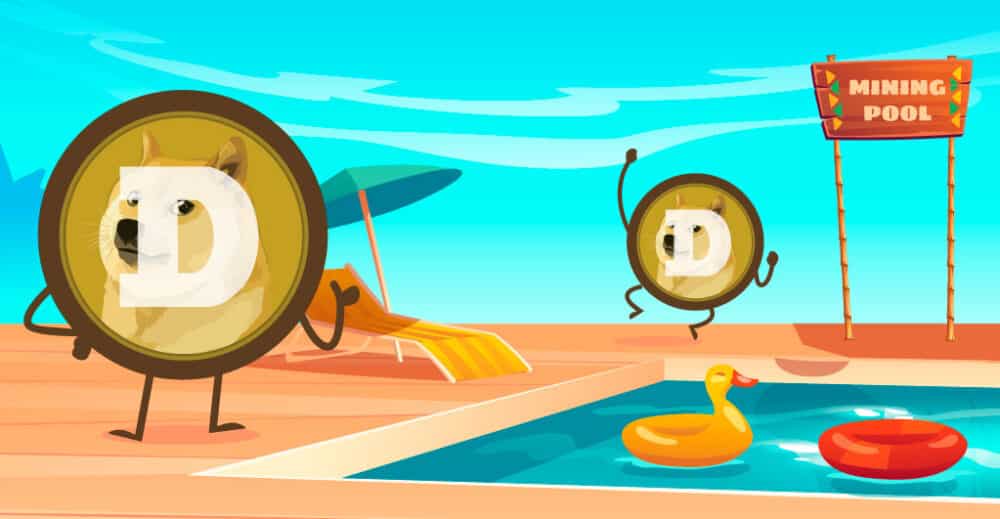 Dogecoin is more than a cryptocurrency, for it encourages ordinary people to buy virtual currency at a lower price and then sell or trade it to make some profit. Although the low price makes Dogecoin less suitable for commercial purposes, people increasingly use DOGE to reward online creators for their content.

The application of the digital currency aligns with the idea of Jackson Palmer and Billy Markus, who wanted to create a fun and community-friendly cryptocurrency with peer-to-peer transaction capabilities and accessibility to a broader demographic than leading cryptos like Bitcoin and Ethereum. It was on December 8, 2013, when the duo introduced Dogecoin to the crypto market. The name of the currency comes from the famous Doge Internet meme for the Shiba Inu breed of Japanese hunting dog.

Unlike Bitcoin, Dogecoin utilizes the Scrypt algorithm and application-specific integrated circuit (ASIC) miners, the same technology that Litecoin uses. However, virtual currency works on a similar concept of proof of work for confirming transactions. Since Dogecoin shares its mining properties with Litecoin, it is often considered a byproduct of mining the latter. Hence, miners can mine both Dogecoin and Litecoin using the same hashing power.

Apart from trading, people can earn profits in the form of block rewards for mining Dogecoin. In this article, you will learn everything about Dogecoin mining pools along with a list of the best ones out there.

A mining pool consists of miners who share their hashing powers that accelerate the time taken to solve cryptocurrency blocks and confirm transactions. As everything happens so fast and frequently, miners do not need to wait longer to receive the block reward.

Joining a mining pool increases the likelihood of solving a block, earning a reward, and generating a steady income compared to solo mining. On the flip side, miners need to split the block reward between the pool members and pay a fee for availing the service.

In addition to facilitating Dogecoin mining, a few mining pools support mining other cryptos as well. By choosing the second option, miners can switch the cryptocurrency depending on the profitability. As per DOGE predictions, users may gain considerable profits by mining & investing in Dogecoin. A pro tip to estimating Dogecoin mining profits is using a mining profitability calculator that provides a real-time comparison of the most profitable cryptos. With that said, miners must take into account a few factors before joining such pools, such as:

Most mining pools charge a standard fee and support different payment methods. Always keep in mind that a mining pool with a higher hash rate would make mining more efficient. Now, let us move on to our pick of the best Dogecoin mining pools.

Prohashing is a Scrypt algorithm-based mining pool that lets miners switch their hashing power from Dogecoin to the most profitable crypto. Besides mining multiple cryptos, miners can choose to receive the reward in the coin of their choice, including DOGE. Though miners need to pay a flat fee of 4.99 percent, there is no limit or fee on withdrawals.

Multipool is very different from other pools in its use of SHA-256 and X11 algorithms in addition to Scrypt. Moreover, miners get the option of mining over 29 cryptos with the additional merged mining feature. The simultaneous mining in different altcoins saves hash power and boosts profits. Withdrawal is free of charge once it reaches the minimum threshold.

Litecoinpool is popular among miners for its pay-per-share reward mechanism, TLS-encrypted stratum connection, and scalability. It allows merged mining for Litecoin and Dogecoin. Also, miners can request block rewards in Dogecoin or other merge-mined currencies, such as Litecoin. The mining pool has earned the reputation of being more profitable for mining.

1CoinPool integrates two pools – Dogecoin and Litecoin and uses Scrypt and X11 algorithms. The no mining fees requirement and the frequency of mining three blocks per week make it the best pool for beginners. The proportional payout system of this small mining pool rewards miners based on their hashing power.

Aikapool is a relatively smaller mining pool with an active user base of 100 miners. The mining pool boasts of utilizing Scrypt plus 10 other mining algorithms and allows mining 14 altcoins, including DOGE. It rewards miners through the proportional payment system and updates its members with available coins daily.

Scrypt algorithm is the core technology & it is used to mine Dogecoin.

Retrieve the stratum address of the mining pool and feed it in your configuration miner.

The DOGE mining pool reward system is the process of incentivizing miner’s efforts to solve each block.